Welcome to The Satanic Warlock 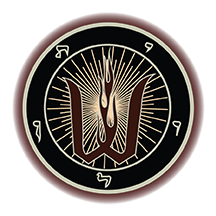 Satanic men worldwide have been clamoring for the next session of The Hellfire Brotherhood’s official training body – The Warlock Academy.  Magister Dr. Robert Johnson is now pleased to announce the next class will begin in early 2023.

Students have lauded the first class as the greatest learning experience of their lives, arming them with a new sense of true Satanic Self and giving them incredible confidence.  Now it is your time to learn first-hand from Magister Johnson, author of  “The Satanic Warlock” – part of the official canon of the Church of Satan.

The new class of 2023 Warlocks will learn the basics of Satanic masculinity and practical knowledge using Lesser and Greater Magic in life to achieve all desires.

The Academy is the only Satanic learning body of its kind, and has provided its members with profound successes in business, professional and personal endeavors.

The six-month online course is limited to only nine students who will be hand picked by Magister Johnson.

Please email information@TheSatanicWarlock.com with WARLOCK ACADEMY ‘23 in the subject line for details and to be considered for the exclusive group of the Hellfire Brotherhood.

JOIN THE BLACK GUARD OF THE HELLFIRE BROTHERHOOD

The Resource You’ve been waiting for!

Welcome to TheSatanicWarlock.com, the home of The Black Guard, the Hellfire Brotherhood, and all those who are Hellborn — the destination where all mysteries and secrets of seduction and superior living for the Satanic man are revealed!

Join us where “The Satanic Warlock,” the groundbreaking new book by Magister Dr. Robert Johnson leaves off, and where you will learn through insightful blogs, posts and video tutorials:

JOIN THE BLACK GUARD OF THE HELLFIRE BROTHERHOOD

With decades of experience as a journalist and doctor of human sexuality, Dr. Johnson is now sharing thousands of hours of material compiled from massive amounts of research, personal interviews and real-life experiences.

Satanic Warlocks or those who are simply curious seeking undefiled wisdom from members and the hierarchy of The Church of Satan – the world’s most carnal and notorious religion— now have at their fingertips the mother lode of knowledge and advice.

Here are examples of some of the useful, real world and never-before revealed tracts of wisdom you will receive:

WHO IS THE WARLOCK?

Men today seeking to walk in the world as gods among men, superior to the herd and irresistible to women or any chosen mate, need first to know who and what a Warlock truly is.

Warlocks sealed their rightful pacts with the Devil when Anton Szandor LaVey founded the Church of Satan in 1966. He elevated them from “assistant witches” (barely more than helper monkeys in stale magical goddess worship) into equals of their Satanic sisters and sorcerers in their own right.

The Warlock has always identified with the beasts of the field while making his way in the world as magician, consummate seducer, tempter and irresistible villain. The Warlock’s lust for life is matched only by his innate affinity for the macabre and the pursuit of dark delights.

What’s more, Satanism’s timely emancipation of male Devils created the only lasting bulwark against the radical feminization of men that has unfortunately festered and shows little sign of slowing.

We know to recognize and celebrate the Warlock in all his power and grandeur! The Satanic man combines his primal instincts and learned behaviors, culled from the rewards of indulgence, the thrill of competition, and the occasional hard knock to the head. He is a breed like no other. Warlocks today are a unique ethnicity, reared on the teachings of LaVey and forged by decades of applied rational philosophy.

THE SECRETS OF SATANIC SEDUCTION 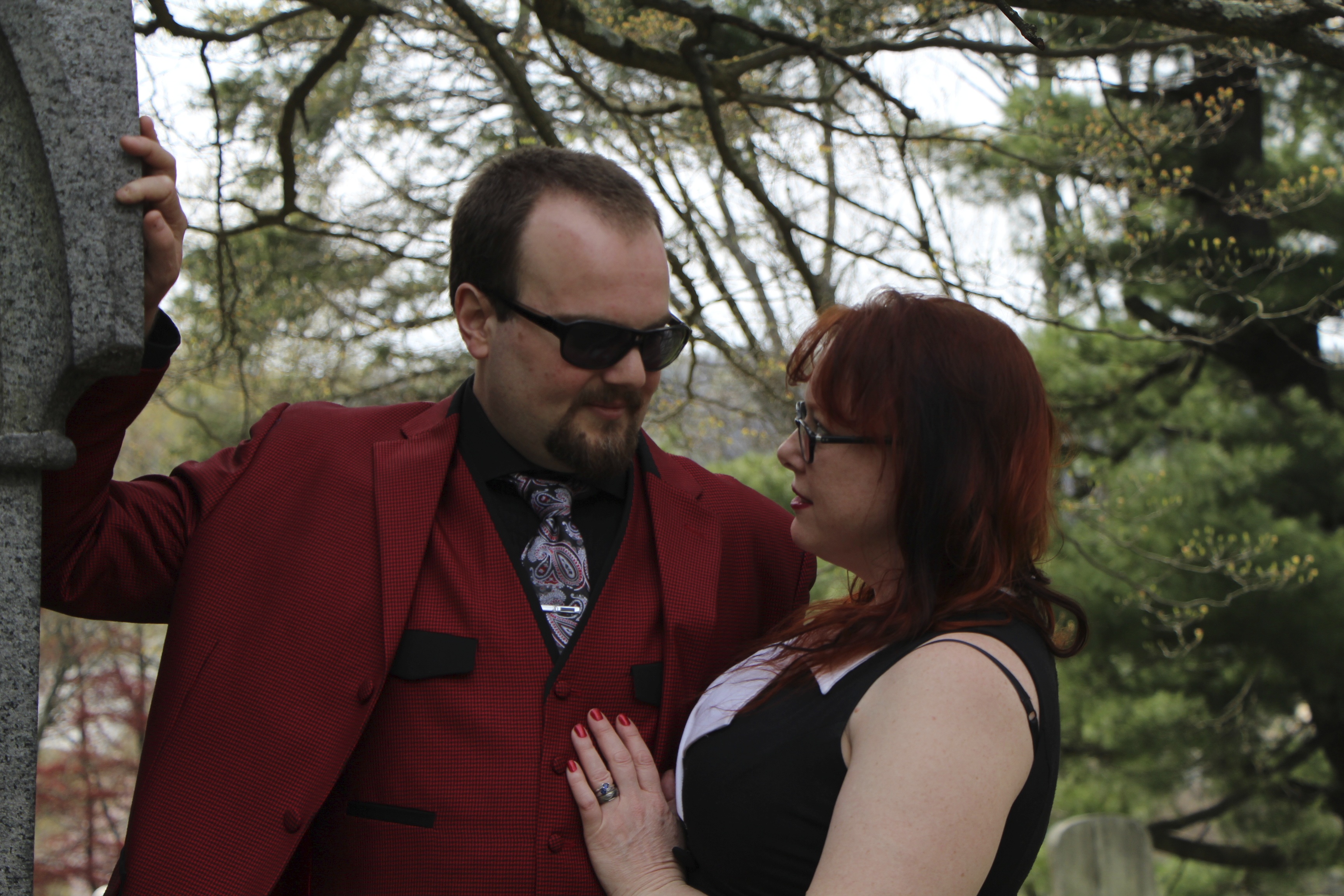 You can have the woman, or partner you desire. The secrets of charisma, confidence and how to play the mating game on the battlefield of the mind are known by the world’s greatest lovers and seducers. Nowhere are there more prime examples of these Casanova and Don Juans than in the brotherhood of Satanic Warlocks who use their dark mysteries to indulge in all of the pleasures of the flesh – whenever and with whomever they want!

There is nothing more Satanic than seduction. Satan is the great seducer, the ultimate gentleman, the purveyor of pleasures whom you never see coming. As actor Al Pacino’s Satan character so aptly put it in the film, The Devil’s Advocate, “I’m the hand up the Mona Lisa’s skirt.”

Contrary to popular belief, seduction is the Devil’s game and NOT the flowery precursor to love — it is the art of hope and despair – it is diabolic in nature, clandestine, and the essence that fuels the mating dance. The art opens all doors to numerous delights and shows a man how to see the entire world as his bedroom through realistic eyes. Seduction is the great leg opener, the spark of infatuation and romantic delirium. Its purpose is to make one fall in love (and lust). It may be the precursor to longstanding relationships, or a method of keeping the spark alive, but its central purpose is to ignite the flames of desire!

In fact, the term “seduction” has its roots in the Medieval Latin sedecure, or ”to lead astray.” When we seduce, we lead one away from the mundane into a world of pure pleasure.

So it is befitting that the central and integral part of any Satanic Warlock is to exercise his ability and expertise as the consummate carnal seducer. It is his primary motivation. And let’s be clear from the start, although seduction is without a doubt the age-old method of bedding one’s mate, the skills are applied in every aspect of personal communication. Seduction is … dear fellows, salesmanship.

HOW YOU CAN OBTAIN SATANIC POWER & GET WHAT YOU WANT!

“To have and wield power you must seduce and charm. You must be cunning and a chess master. You must also know what evil lurks in the hearts of men.”

If there’s a consummate Devil’s game it’s power. Besides money and women, Warlocks want nothing more than power. Admit it. Power is the great equalizer, the means to get … well, women, fame and money, and basically whatever you want, when you want it. It’s ultimately Satanic in all of its forms as it gives magical control over your life and very often the lives of others. Power is the closest thing a Warlock can have that’s comparable to the wiles of the Satanic Witch. It can help make the 6 o’clock LaVey Personality Synthesizer Warlock appear as a 12 o’clock man — a god in the eyes of other people.

Power is the one thing that cannot be seen, but is lusted after by all. It is the invisible commodity that sets you apart from all others. Riches are power, good looks are power, the right connections are power, and they are all things that lead to personal satisfaction. It is the method to control your life, do what you want — or not want to do — and be your own person; it’s the ultimate path to all pleasures.

The lure of power is one of the most seductive aspects of why one becomes a Satanist. Power over one’s self, his environment, and other people and life in general is very seductive and satisfying. Satanism’s carnal, life celebrating religion and the rebellious mystery of Satanic aesthetics is in of itself a powerful tool that’s immediately identifiable by others. Warlocks are virtually perceived as being powerful because of their alignment with Satanism and that signifies power to the world. After all, Satan has been called many things, but never a pussy!

Decades of pure Satanic wisdom is here at your fingertips.

Win the love of your life, become the ULTIMATE SEDUCER through proven MAGIC!
Experience untold SUCCESS by following the 6 LAWS OF POWER!
Tap into 50 YEARS OF HIDDEN WISDOM now available for the first time!
Identify your SATANIC ARCHETYPE and become your new WARLOCK SELF!